Many clients I meet find me too late.  They’ve got desperate, gone to the doctors and they’ve been given sleep medication.  As time’s gone on, the sleep medication stops working and they find themselves depressed and unable to cope. Sleep deprivation definitely contributes to mental health issues.  You may find this article from Harvard about mental health and sleep very interesting.

To demonstrate my point, I’d like to start with a story.  To protect the client, I’ve changed her name.  For the purposes of this article, the client’s name is Rosemary.

Rosemary came to me exhausted and exacerbated as nothing was working.  She had not been sleeping for months and as a result, she went to her GP.

Before I go on, I’d like to just put it out there that I think the medical industry is incredible.  When you have a terrible accident and you need to be put back together, the developments in medicine and surgery are amazing…

So, just to say, I’m not anti-doctors!

Unfortunately, there aren’t the resources in the National Health for us to spend time in the doctors office talking about the little things.  They take time, more than 10 minutes for sure.  Unfortunately if this was different, we might not end up on as much medication as we do.

The little things are messages from the body telling you that something is off and it’s asking you to listen.  If you listen to your body, you’ll give that little niggle a bit of thought.  Sleep disturbances start off as a little niggle.

You’re not sleeping for a reason.

There can be lots of different reasons why you’re not sleeping and from my perspective, everyone is an individual and one size doesn’t fit all.

If you don’t stop and think about what could be causing the sleep disturbance, acute insomnia will eventually become chronic insomnia.

When that happens we become desperate and start popping the sleeping pills, and usually, as in Rosemary’s case, antidepressants too.

Had I managed to see Rosemary before she got desparate, we may have been able to stop her going down the sleep medication dependancy route.

Because of Rosemary’s history, I suggested we did a melatonin test.  Melatonin is the hormone in charge of your body’s internal rhythm and the preparation of your body for sleep.

When I received Rosemary’s results back, there it was.

Because no-one checked her melatonin levels, she was put straight on medication. As she got more depressed the seeds of a mental health issue were planted.

There’s nothing worse than not sleeping.  When it goes on for more than just a few nights, it has a terrible effect on our emotions and our ability to function. Unfortunately, when the brain is deprived from precious rejuvenating sleep, we start not coping with even the simple things.

Even though you think you slept when you took a sleeping pill, your brain will be starved of REM sleep.  You may therefore start to experience emotional instability, foggy headedness and depression as a result. 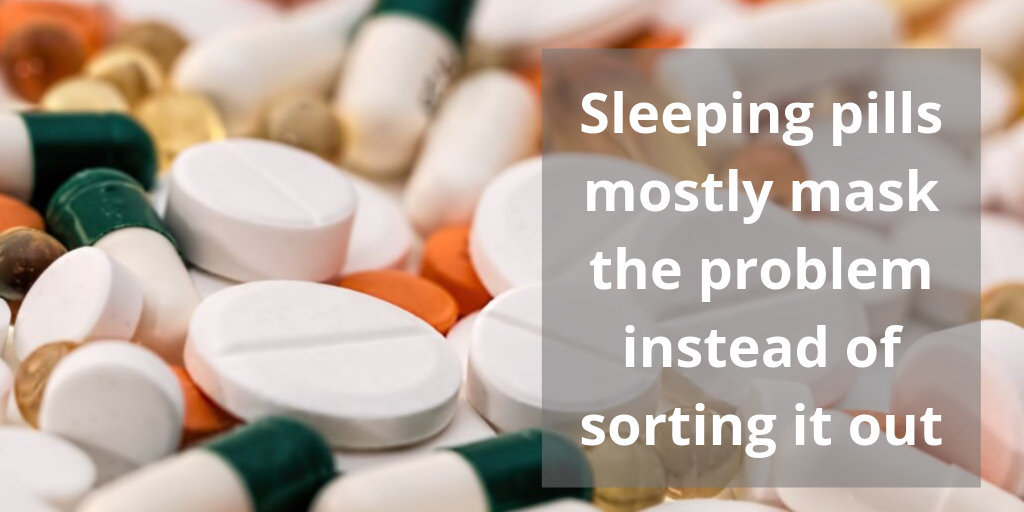 When you end up on sleep medication, it’s so much harder to sort out the sleep issue because you’re already dependant on that pill to get you to sleep.  You then have to go about weaning yourself off the sleeping pills which makes the problem worse.

Unfortunately it’s not possible to get melatonin from the health shop, the cosmeceutical industry put a stop to that despite the fact you can easily buy it in Europe or the USA.  In the Uk, you have to settle for 5HTP (precursor to serotonin, your body converts serotonin to melatonin), although, on occasion, some of my clients have actually got the doctor to prescribe melatonin.

However, it rarely happens that a doctor checks the patients melatonin levels…unfortunately.

That’s why I started looking into offering a Melatonin Test.

When it’s a mystery why someone isn’t sleeping, sometimes a melatonin test says it all.

Melatonin production is deeply affected by stress.  The more and more stressed you become the worse it gets.  However, stress is not the only reason your melatonin levels may be abnormal, but it can be part of it.

To reset your internal body clock, there are a number of things you can try:

If you’d like to have a test, you can find the details here