Benefits of breathing through the nose

Nature gave us a nose for breathing and a mouth for eating for very good reasons.

The nose is fully equipped with an inbuilt thermostat so the air is warmed before it reaches the lungs.  You may find you cough more when you breathe through your mouth on a cold day.  That’s because the air is too cold for the lungs.

Mother nature also ingeniously put tiny hairs in the nasal cavity which catch dirt and particles coming in with the air as they enter the nose.

Nothing’s left to chance in nature.  If the hairs don’t work, it created a sticky surface in the lining of the nose designed to catch finer dust and germs before entering the lungs.

…which gives more time for the oxygen transfer to take place in the lungs.

Slower breathing is well known for calming the nervous system.  You’ll notice the difference when you mouth breathe because you’ll feel much more wired up than you do when you consciously breathe through the nose.

The other interesting difference between nose breathing and mouth breathing is the area of the thoracic cavity which moves.

Take an in breath with your mouth open…you’ll find that the expansion of the chest happens in the upper thoracic cavity.

The concentration of blood, however, is more in the lower lobes of the lungs.  If the air is mostly in the upper lungs, oxygen absorption will naturally be less when mouth breathing.

Now take a deep breath through the nose…you’ll find that the belly and the chest move more holistically and three dimensionally.  When air is also coming into the lower lobes of the lungs you’ll naturally get more oxygen absorption.

The benefits of breathing through the nose, don’t stop there.

When you breathe through the nose a molecule called nitric oxide, is produced.  Nitric oxide is a very important participant in the body’s defence against oxidative stress (free radicals).

It helps opens the airways so you get a higher concentration of oxygen into the tissues and the brain.

The bronchioles of the lungs end in tiny air sacs called alveoli.  The alveoli have a very small window of opportunity to absorb oxygen of ¾ second.  During this time the gas transfer must take place.  The nitric oxide with nose breathing gives you a 10-20% oxygen uptake improvement. 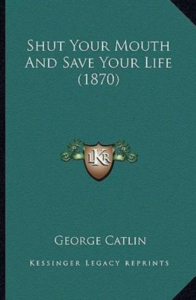 In George Catlin’s book in 1870, ‘Shut your mouth and save your life’, he outlines his travels in native America.  He watched with interest how the native American mothers paid a lot of attention to their babies breathing.

He noticed how they would gently press the baby’s lips together to ensure their child was nasal breathing after feeding.  He noticed particularly the babies of European settlers slept with their mouths open as they gasped for air in poorly ventilated rooms. He saw that the sickness rates were far lower in Native America than that of the European settlers concluding that there is a definitive link between health, nose and mouth breathing.